There are some people out there who think that the idea of traveling the world alone is terrifying. But there are also some people out there who think that traveling the world alone is the only way to travel the world. That being said, more often than not, solo travelers are individuals who are open-minded, independent, spontaneous, and resourceful. These people are usually budget-savvy, and they are fueled by nothing more than their strong will to travel the world on a regular basis. With this in mind, if you have never traveled alone before, or if you’ve never even considered it, then the idea of solo travel probably seems a little bit weird to you, doesn’t it? But when it comes to dating and relationships, is dating a solo traveler even worth it?

It is no secret that we are living in a society that is marked by comfort. Go to college, get a degree, find a girlfriend, get married, get a good job, and buy a house. It’s almost always the same! But the idea of solo travel is a great example of how to dance to the beat of your own drum. Simply put, it is a great example of how to be different, and we mean this in the best way possible. Some people believe that there is so much more to life than just stability and routine, and this attitude alone is what makes dating a solo traveler a quest in its own right. It is very important to note that there are many different types of solo travelers out there. However, many of those types share a few common characteristics that you should know if you are planning on starting a serious relationship with a solo traveler! 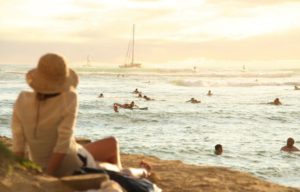 They Are Always On the Road
It is no secret that solo travelers spend the majority of their time away from home. So, if you are not ready to drop everything that is going on in your life and hit the road with your partner, there is a good chance that your relationship will come to an end almost as quickly as it started. But there is still a chance for you to succeed, you know? It’s all up to you and your partner.

They Don’t Have a Traditional Job
More often than not, solo travelers don’t have a traditional job. The main reason for this is because they spend the majority of their time on the road. That being said, if you would like to spend the rest of your life with somebody who’s got a traditional 9-to-5 job, you should probably stay away from solo travelers.