Sitting at the eastern region point of Australia is the Northern Rivers region. It is the first part of to receive the morning light in the continent and when it comes to nature’s gifts it is way ahead of the curve.

Mt. Warning is Northern Rivers’ heart. It is known as Wollumbin by the local Bundjalung people and it was created 23 million years when the Tweed Volcano reshaped and erupted the land. This event blessed the region with unique geology, deep forests, and incredible fertile soils which many believe gives the region its magnetism, its special energy. This is a place where soul seekers, families, and travelers come and often stay forever.

Tweed Heads marks the beginning of the Northern Rivers. It is not far away from the Gold Coast International Airport and unrolls southwards for more than 100 miles, taking in some of the most laid-back coastal towns and purest beaches in the world. Hang out for one week or two and simply enjoy the sunshine and saltwater of Cabarita and Kingscliff. 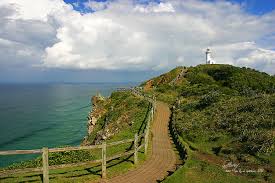 Head to Brunswick Heads to soak up the soulful vibes; the port town was created a century ago by cedar cutters. Brunswick’s sparkling river, sheltered coves, and waves create gentle magic that makes relaxing and slowing down impossible.

Embrace your wanderlust sense and follow the beach from Brunswick Heads to Byron Bay, a place that is considered one of Australia’s spiritual centers, it is also a place whose open-mindedness and beauty has attracted free spirits and surfers since the 1960s. Since the Age of Aquarius, Byron Bay has grown up a lot and now attracts travelers from all over the world, from the rich and famous to backpackers. However, the ideals of the 60s are embedded in the Bay’s DNA forever.

A word you will often hear in Byron is abundance, and it is a word that could definitely apply to its beaches. There are more than a dozen waiting for you, form the endless sands of Main and Belongil Beach, to The Pass famous breaks. For longboarders, the rolling swells of Wategos are perfect and when the Northerlies blow, Cosy Corner is the ideal nook. There is also Tallows Beach, which stretches all the way to Kings Beach, Broken Head, and beyond.

On Australia’s easternmost point, high above it all, stands Cape Byron Lighthouse, which sends out her reassuring light to passing ships by night, and attracts more than half a million whale watchers and lighthouse lovers every year.

Drift further down the coast once Byron has worked its spell on you. Discover coastal towns like Yamba with its classic mouth of the river, Ballina with its iconic Big Prawn, and Lennox Head with its famous right-hand break. If you are tired of the perfect beaches, Northern Rivers’ inland towns possess a sense of community and pace of life that creates a different kind of magic.

From its beaches to its forests, and to the ever-rolling hill in-between, this is one of the special places in the world, a place where the spirit of the country enriches, heals, and touches all who walk it.